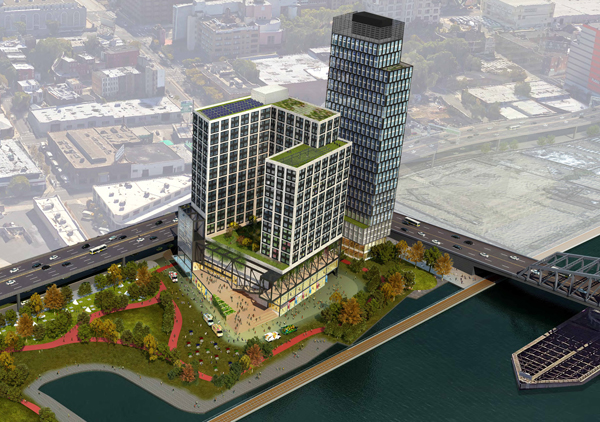 From the Real Deal

The L+M Development Partners megaproject coming to the South Bronx took a major step forward on Tuesday, when it was officially approved by the City Council.

Officials announced in September that L+M had won the bid to develop a vacant site on the South Bronx waterfront right by Mill Pond Park and the 145th Street Bridge. The company’s project, called Bronx Point, will include 1,045 residential units, a food and beverage hall and the borough’s long-awaited Universal Hip Hop Museum. The City Council’s approval also included extra amenities for the South Bronx community, such as a new school at 639 St. Ann’s Avenue and improvements to Franz Siegel Park.

L+M is building Bronx Point in conjunction with Type A Projects, and the development will move forward in two phases. Phase one, which should be completed in 2022, will include about 600 affordable housing units, the hip-hop museum and the food hall.